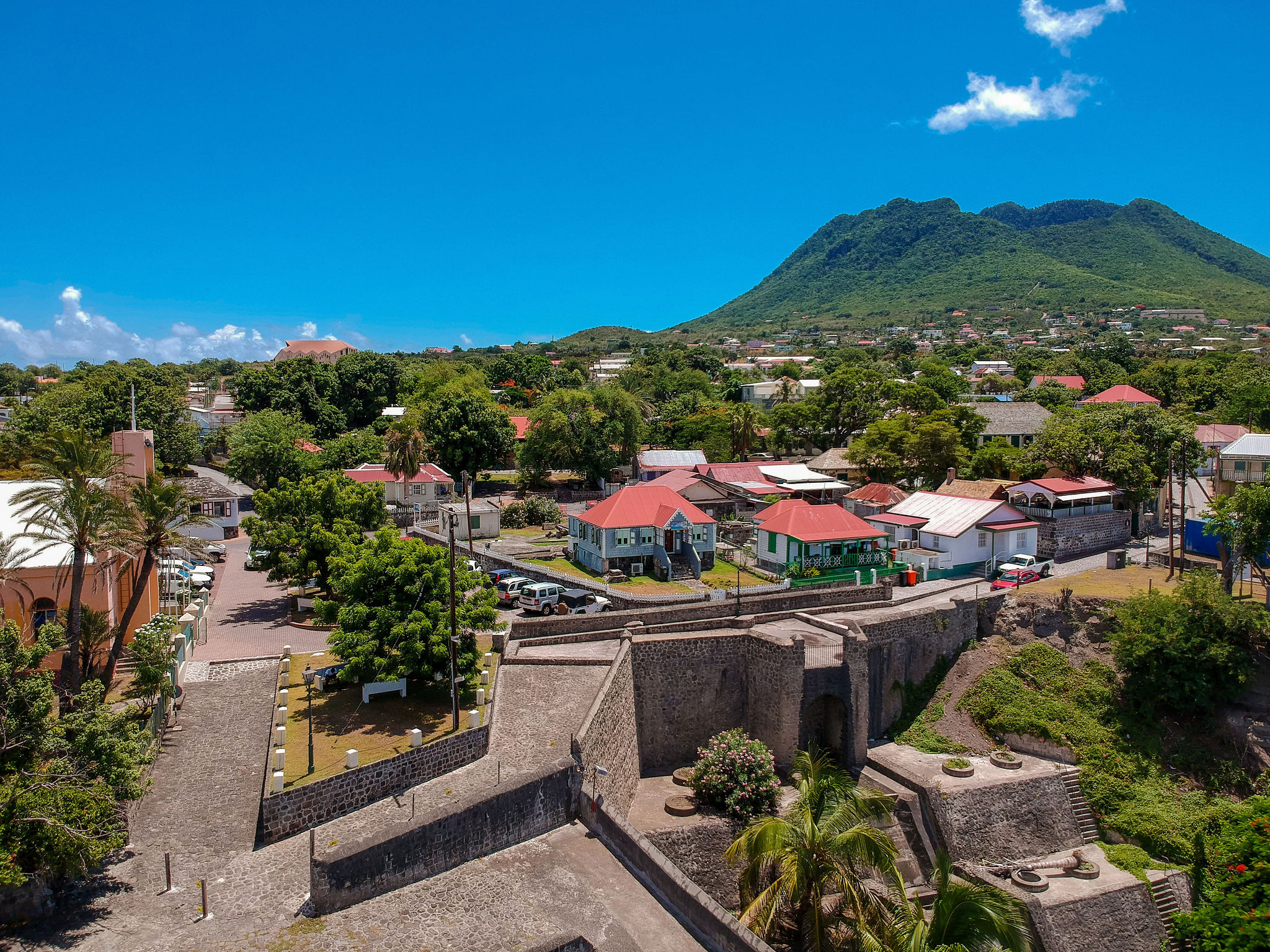 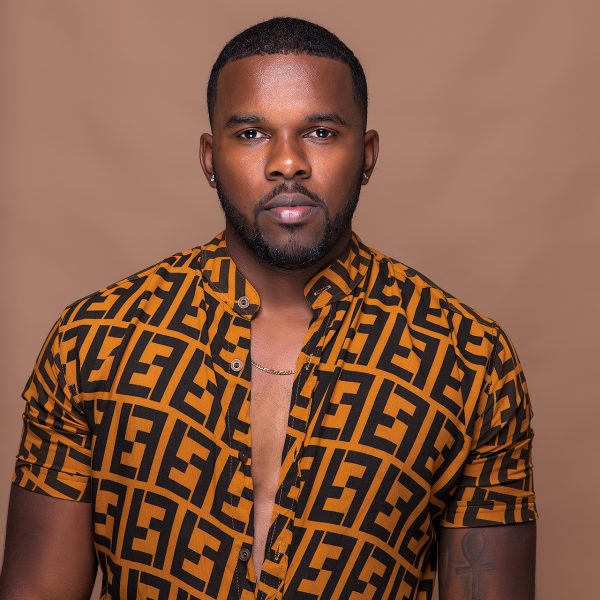 Q: Tell us a bit about you, your interest in photography, and how your affection for the island is reflected in your photography.

A: The name of the company was derived from my name, Jacquil. I was looking for a word that relates to the media as a whole, so chose Imagery rather than Photography. This was suggested by my wife, and I've stuck with it ever since.

I began taking photography seriously about six years ago, when I lived in the Netherlands. I would come to Statia every summer and try to take as many pictures as possible. My knowledge of photography is all self-taught, I learned everything on YouTube.

Growing up around cameras sparked my interest in photography—my mother is a photographer. As time went on, I decided to get behind the camera, but I only started taking pictures because I needed a camera to shoot a music video. The Samsung S7 edge was the best phone I could afford at the time, so I got it on subscription and shot the video. Then I started taking landscape photos all the time. When I told people the photos were taken with a phone, they were surprised. My advice is to always make the most of what you have until you can get what you want.

Now, in nearly three years of living on the island, I always find something new to photograph, despite the island’s small size.

Q: What are your top three photos of Statia, and their significance to you?

A: The drone photo of Statia, at the top of this blog, would be my first favorite, probably because it was the first time I’d used a drone. Being a student at the time, buying a drone was out of my budget, but I still bought one and flew it every day, until restrictions prevented me from flying it. This image reminds me of a time when I was still figuring out my way in photography and making sacrifices to do it. 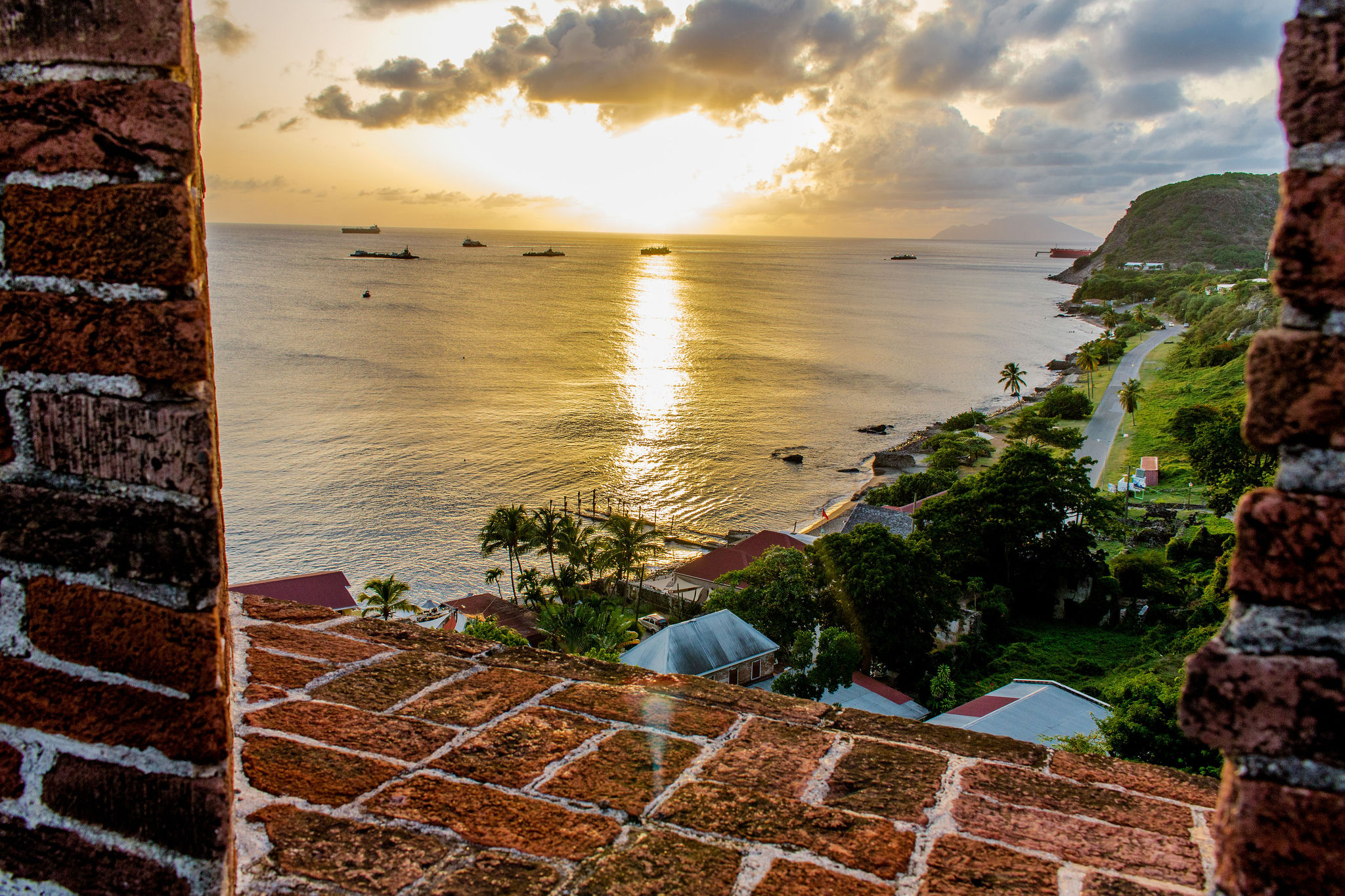 The next photo, one of my first sunset shots taken with a DSLR, holds a special place in my heart. It was taken when I still travelled to the island every summer. I had just gotten my first DSLR camera. It was second hand and didn't have any fancy lenses. Despite this, it was special to me, and sometimes when you don't have all the fancy equipment, you use what you have. Many of my early photos were taken around sunset since I really enjoyed going outside around that time.

The third pick is a top-down shot of the island’s bay area. It shows a bit of what I have accomplished so far. This is my best-selling photo. It hangs in our airport, and everyone wants to have it printed. One of my dearest friends has this photo on their entire living room wall. They say it’s the first thing that people see when they visit. It brings me joy to see people loving an image that much. 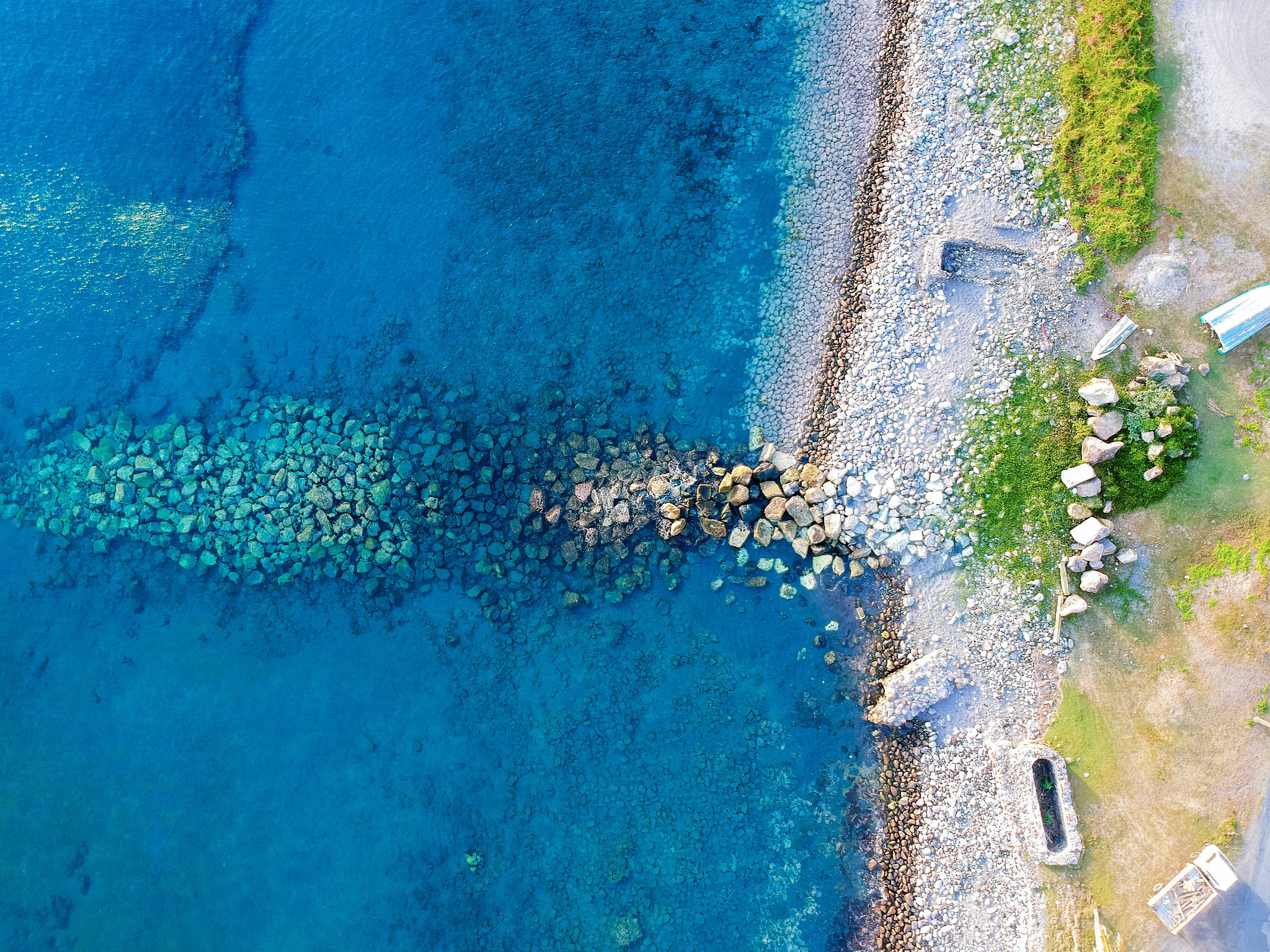 Q: What would you suggest tourists do and see on Statia?

A: If tourists are up for it, I would recommend hiking The Quill. Getting to the top is definitely a journey, but the view is well worth it. The Quill is a place for exploration, but also a place for relaxation which is one of the things I like to do on the island - just relax. Usually, my day ends with having a seat somewhere on the island and taking photos at that location. Fort Oranje and the top of Round Hill where I can view the entire island are two of my favourite places. 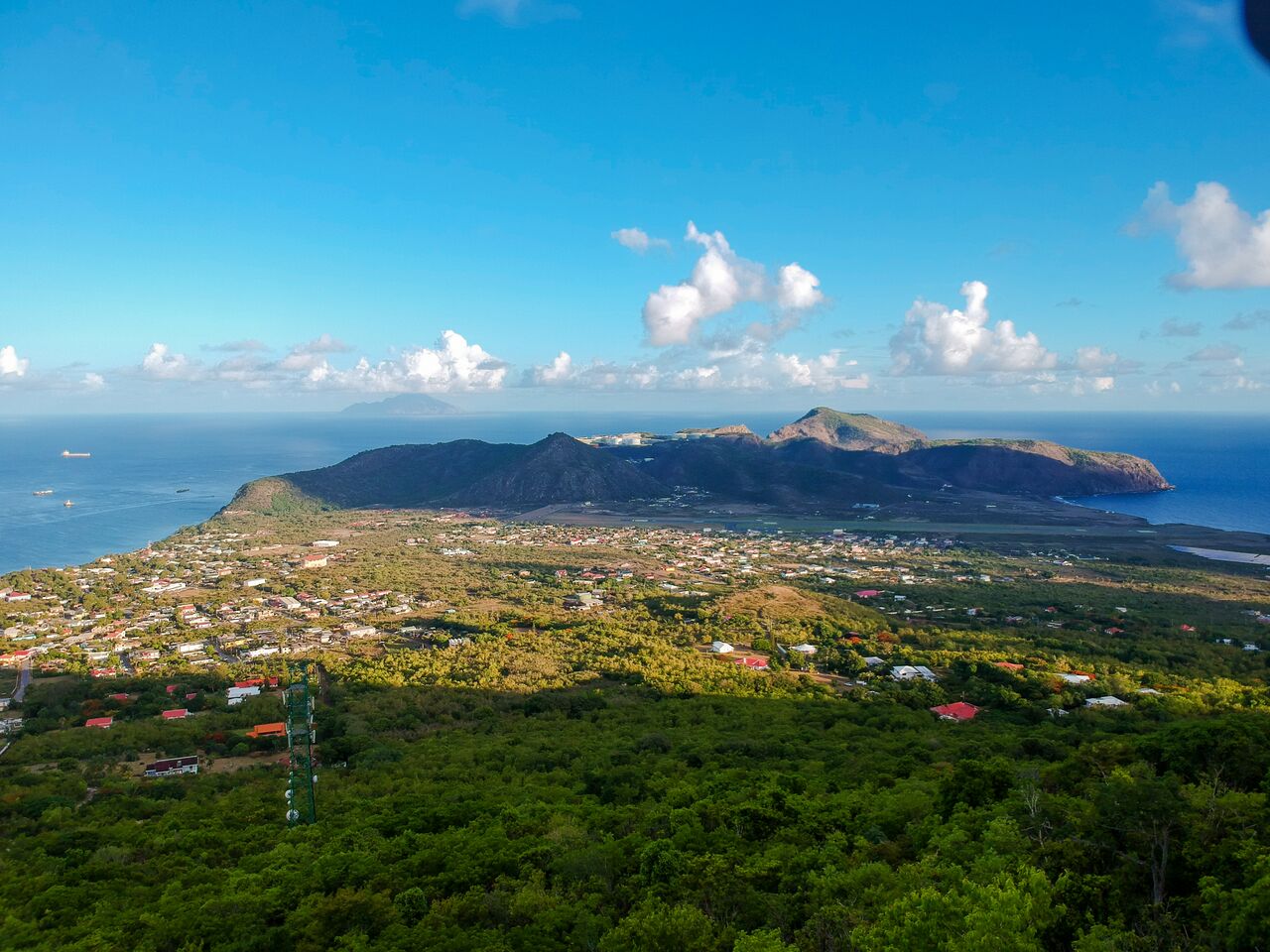 View from The Quill

Find out more about the gorgeous photos and many services that Jacquil Imagery offers, 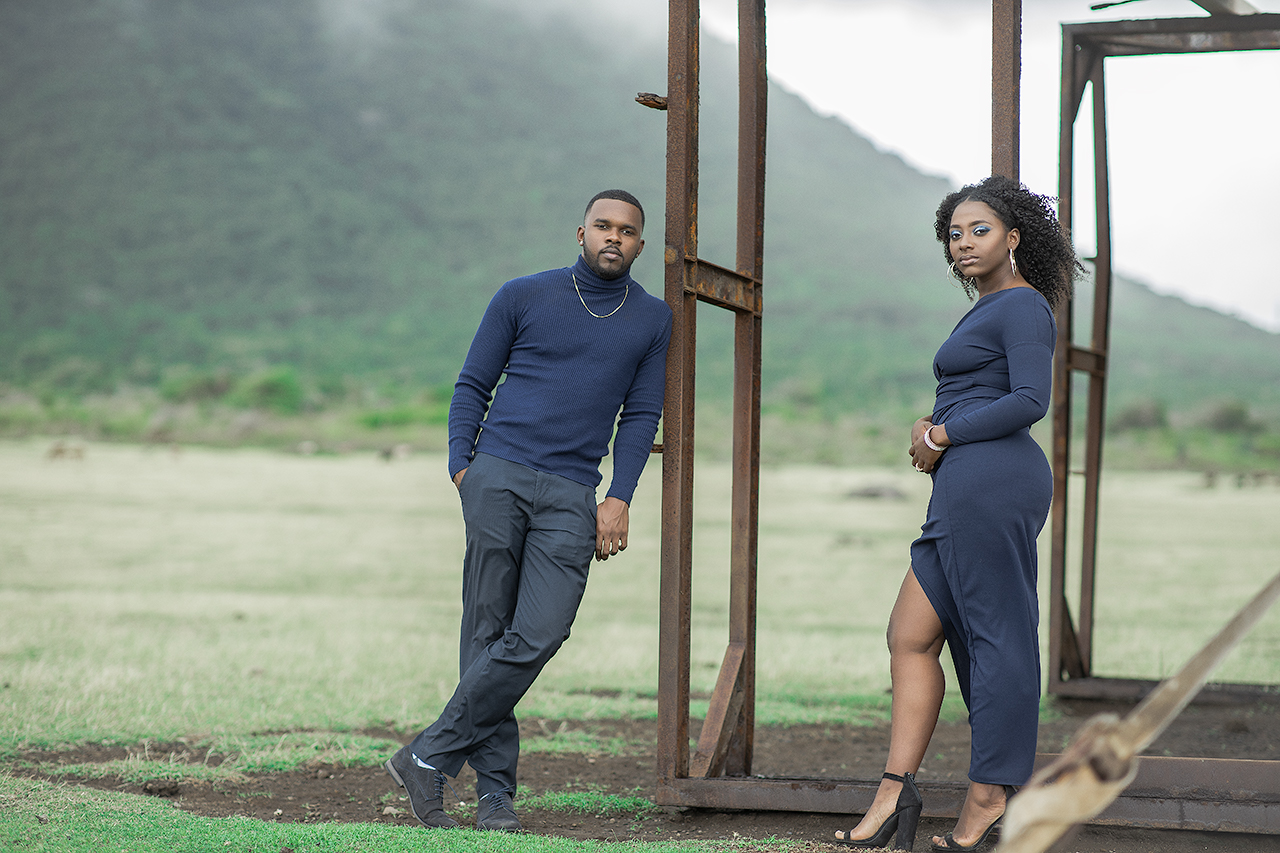 Jacquil and his wife, relaxing on Statia